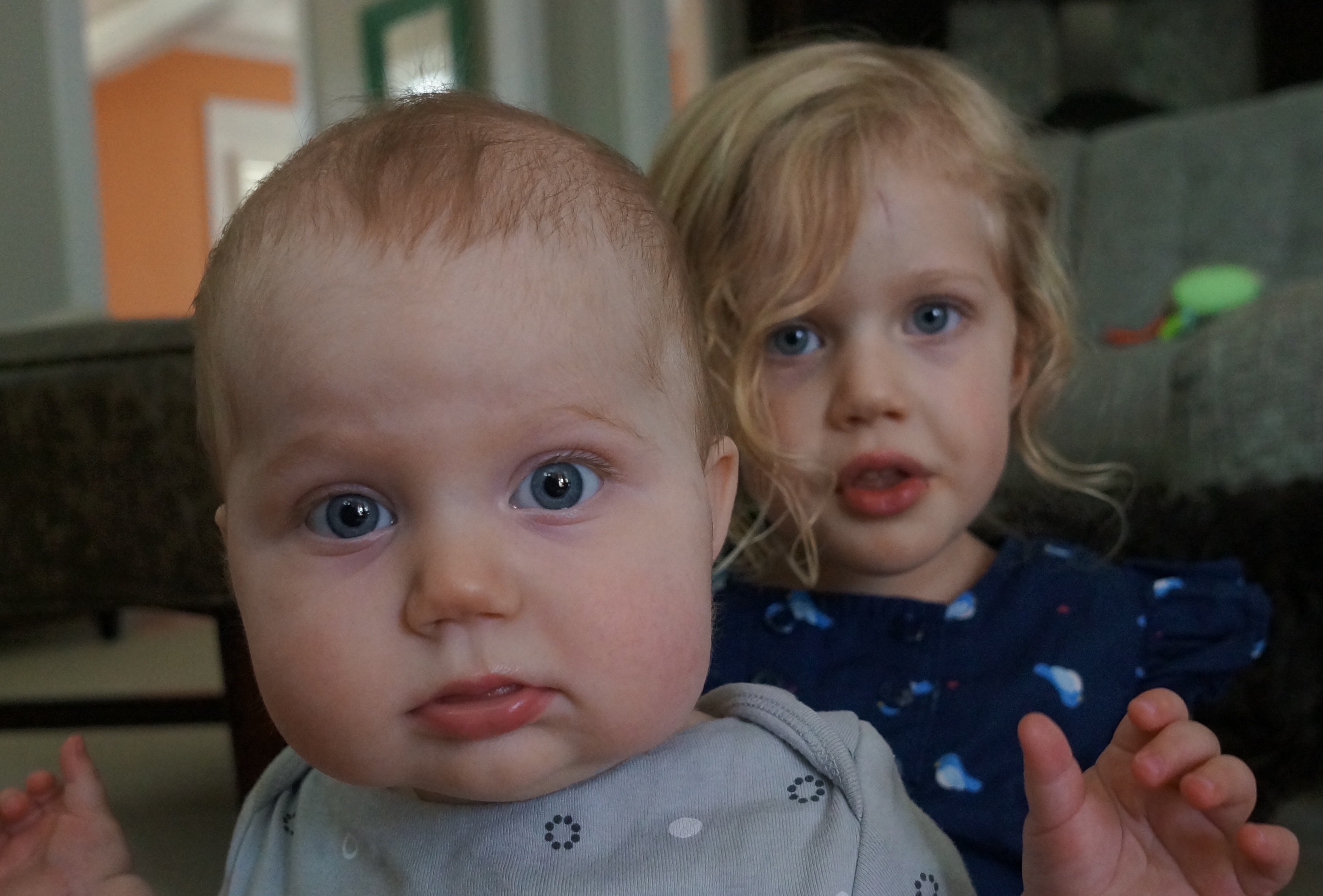 Nora has been working hard with her occupational therapist, and while she's a bit behind physically, she's making great progress. She's sitting unassisted, reaching for toys, and rolling. She's still working on getting up on her hands and knees, rocks back and forth, and really really wants to crawl. Nora will start working with a physical therapist also to make sure that she continues to make progress.

Nora's been a bit reluctant to eat. The folks at the UNC feeding clinic don't think there's anything wrong with her swallow, but rather her reflux might be the cause of her reluctance. Even before we increased her Prevacid she decided to eat a bit. Puffs, crackers, yogurt, peas... She's actually lost weight since the steroids, so we're keeping a close eye on her eating!

Nora had an Opthamology appointment in August that was originally scheduled during our April hospital stay. We'd been doing visual exercises with Nora (tracking toys, following objects in different patterns) with Nora and noticed that she has problems tracking up and to her right. The opthamologist noticed this too, and it's possible that she'll simply have a deficit in her right visual field. We'll continue to monitor.

Other things to note:

Another neurology appointment in October just to check in... We're curious to know if they're going to do another MRI sometime in 2016.